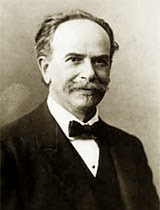 Franz Boas is kind of a hero. He's "the father of American anthropology," even though he was born and raised in Germany. When he began studying, the field was filled with grandiose, unscientific theories that mostly promoted the idea that European Man was the pinnacle of human evolution. Boas demanded an empirical approach, free of value judgments promoting one culture over another, and fought his entire life against racism - especially the "scientific racism" that helped promote Nazism. He pioneered research techniques like extended residence with subjects and developing social connections with them, including learning their languages. If you've ever visited the Hall of the Northwest Coast Indians at the American Museum of Natural History, you've seen his work - a series of exhibits devoted to those tribes, without any implication there is a progression from them to a "more evolved" White Man.

He was also kind of a badass, who endured nightmare conditions in Greenland, trekked to the Pacific Northwest to hang with the Kwakiutl, and openly opposed Fascism and Nazism until his death at 84, in 1942.

In nerd F/SF terms, he embodies the kind of empirical, detail-based attitude we should have when portraying alien cultures. But my affection is based on this photo of a serious Berlin-trained scholar working to get a museum exhibit on initiation dances just right. 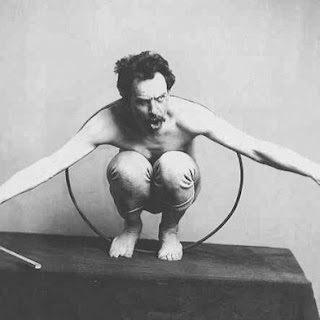