Civil Forfeiture Takes One in the Teeth 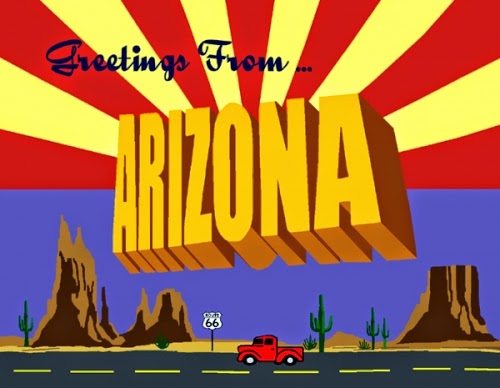 Civil forfeiture - if you're not familiar with it - is a US procedure that allows particularly rapacious police departments to confiscate your property even when you have not been convicted of any crime. And it's up to you to prove your innocence to get it back. If you do get it back, years later, it's often worth less than the money you've expended. It has ruined people's business and their lives, and it is used (surprise!) disproportionately against non-whites.

Now Eric Holder, the Attorney General, is ending a primary DOJ program that makes civil forfeiture an easy tactic for state and local police departments. It's a major win for civil rights. And I know this blog is mostly about The Nerd, but this is an issue that touches me personally, so...yay.

Five years ago I was driving across country with my friend Chris, moving from California back to my hometown of New York. Pretty much everything I possessed, from books to clothes to electronics, was in the trunk of my beat-up Honda Accord. (I had shipped several crates ahead of me, but they were mostly files and memorabilia.)

As we were driving east out of Albuquerque through the great state of Arizona (I'm being ironic - I won't be heading back to AZ any time soon) we were stopped by a state trooper. The usual wave of Law-Abiding Square Citizen Panic - oh no, a ticket! - was followed by sheer bafflement: I was driving on cruise control at 67 miles per hour on an empty freeway, and I'd had my car checked out mechanically before I left North Hollywood. So why was Mr. Trooper stopping us?

Five miles above the speed limit. Two hundred yards instead of 300. A warning, not a ticket.

Then for the next 20 minutes, he tried to shake me up. Told me I seemed "agitated." Asked me to take a breathalyzer. Asked me where I was going, and why. Asked me if he could look in my trunk. I am ashamed to admit that I let him put his hand on my wrist to take my pulse. But when he asked to look in my trunk, something clicked. And I suddenly realized that my first real crime was having California plates; and my second real crime was a car with cosmetic panel damage, whose trunk sat low enough to clearly be full of something. At the time, I thought he wanted to search for drugs. Now, I realize that he would have been just as happy to confiscate and sell my laptop, smartphone, car and printer...you know, the stuff I need to earn a living. (And don't think that hasn't happened.) When I realized this, and that he wasn't going to do anything without my say-so, I asked for the "warning" slip, said good-bye, and drove away.

It was my great good fortune to be a middle-aged white guy with a travel buddy, or things could have been much worse. (When you're up against a stranger with a gun, you are grateful for any privilege you have.) If this is all the police drama I encounter in the next five years, I'll be doing about a million years better than a lot of people, most of them with darker complexions.

But I'll admit I did break one law in Arizona - I tore up the ticket and tossed the pieces out the window.