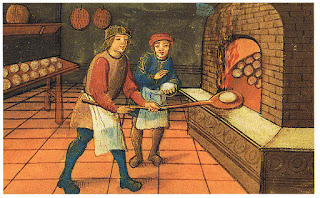 Here's a recipe for barley bread that was probably a big hit among the monks of the day.
Posted by Ted at 12:18 PM