This Is Science Fiction 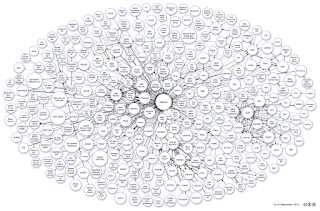 I often say that science fiction isn't about the new - it's about how we respond to the new. Whether that new thing is a technology, a scientific discovery, an alien race, or something, what is most important is how we respond to it. How we make use of it, run from it, exploit it, adapt to it. Some of the stories that I like best are extrapolative - they take the new thing and explore all the possible ways we might react.

Thirty years ago, this article from Salon.com would have been brilliant science fiction.  In it, an editor named Andrew Kahn goes after Michiko Kakutani, the Great White Whale of New York literary criticism. But instead of doing it with mere assertion and snark - the traditional weapons of belletristic warfare - he used digital humanities. He used software to analyze Kakutani's prose style and her choice of reviewed books. Instead of just saying Kakutani had a limited prose style and a decided preference for some types of books over others, he tried to prove it statistically.

He didn't use enormous processing power to find new elementary particles (after all, there are already people doing that); he used it to argue. A brilliant, science-fictional approach to the new. I wish I had thought of it.