Chris Hardwick is a stand-up comic, FOWW (Friend of Wil Wheaton) and creator of The Nerdist empire - website, podcasts, and now a BBC America TV show - same channel that has Doctor Who, Sherlock, ST:TNG,  and BSG. So, big-ass nerd-cred, and let me say up front, kudos. 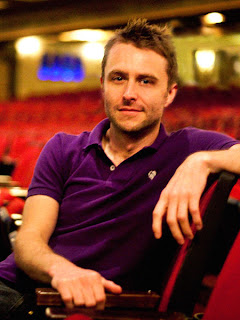 So I was watching the latest promo for the BBCAM Nerdist show, and they're listing all the fields of Nerd-dom that Hardwick & Co are investigating.

The theme is "We welcome all kinds of nerds!" Cosplay nerds, game nerds, tech nerds, pop culture nerds, music nerds, and on, and on. And this is great.

But did you miss the one kind of nerd he didn't mention? The one activity that has defined nerd-dom for decades?

Nerderie wouldn't exist without Ideas. Big Ideas. Those BIs were originally housed in books and magazines. Playstations didn't exist in 1941; if you tried to dress up like an alien, you would have been put in a looney bin; but that was when Heinlein's classic SF novel Methuselah's Children made its appearance. In, you know, one of those magazine thingies.

All the ideas we now find embedded in comics, RPGs, online media, action figures, videogames, television, movies, and on and on, first made their appearance in print. Not one Big Idea that I know of has ever come to us by any other route...but it didn't even make an appearance in the promo. I think that says something about the changing nature of nerd-dom as significant as the fact that 40% of self-identified nerds are now women...but not as happymaking.
Posted by Ted at 3:26 PM