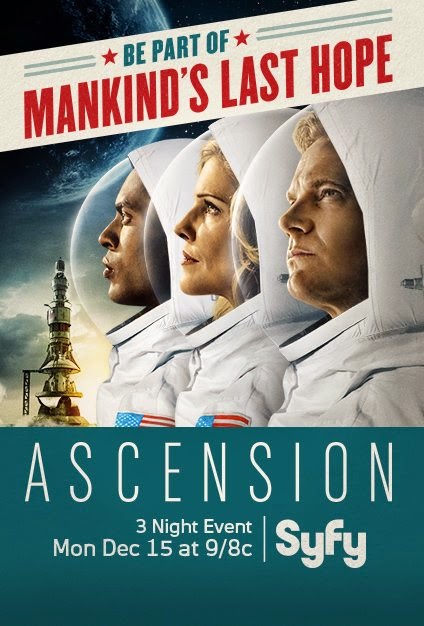 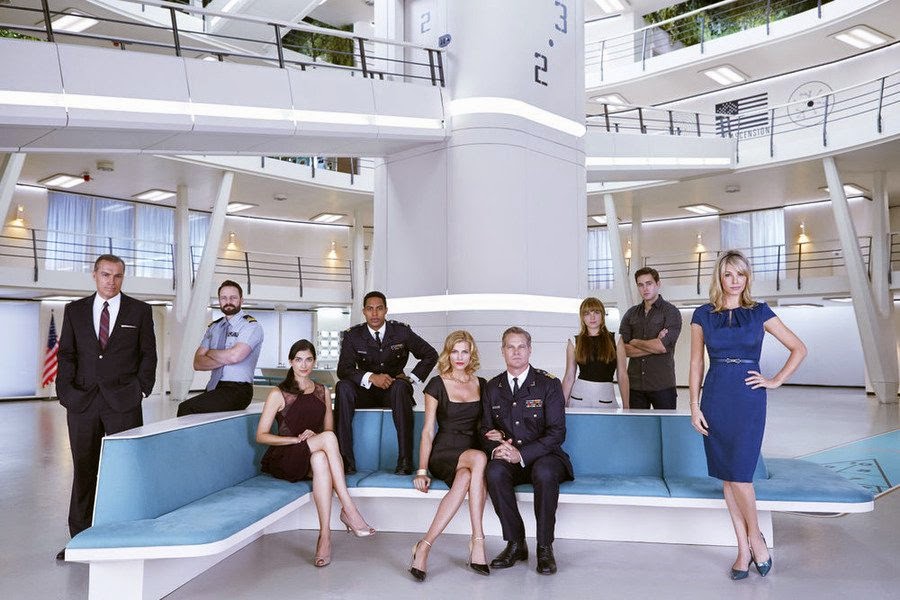 Now, this is such an enormous "gimme" that it colors how you see the show. The suspension of disbelief needed to swallow the notion that we were ready to go to Centauri with a crew of 600 while we were still having enormous difficulty getting three men to Luna...that's a toughie. But (at least at first) Ascension seems to be so spot-on that you're willing to buy it. The notion that every teen crew person has "The Crisis" - when they realize that they're born and will die on the ship, never seeing a new face or landscape - that feels right. The fact that they're mid-voyage and they are actually expecting tensions to rise as they face the decision to go on or to return to Earth - also compelling. And the interior of the ship (again, at least at first) shows that some thought was put into art design. This isn't a set that says "Look at me, I'm a space ship"; it's a set that says "Look at me, I'm a spaceship that's trying not to look like a spaceship at all because otherwise I'll have three generations of people going nuts." And that is the proper tone to strike. The actors also have the right level of seriousness - they're not playing this as some jokey Sharknado; they're giving it their best.

But then the inconsistencies start to pile up. There's the fact that although the ship is rotating and 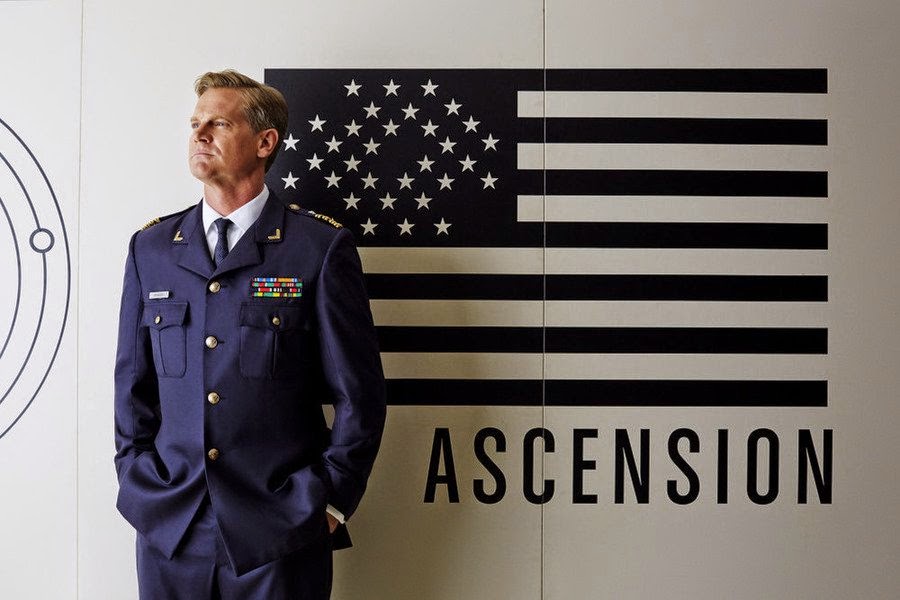 cylindrical, it's not using that rotation to generate centripetal force as "faux" gravity...which means that it's either a constant-thrust engine or artificial gravity, both technologies that are still beyond our abilities. There are radiation countermeasures that are ludicrous; unaddressed racial ambiguity (this is supposed to be a 1963 spaceship that never encountered MLK or the Summer of Love); "ion storms" in deep space; and the ability for a program manager back on Earth to seemingly be aware instantaneously of what's taking place on a starship two lightyears away. By the end of 90 minutes, you're pretty sure this is the Syfy channel at its sloppy, lazy, dumbass worst.

And now comes the boom:
At the very end comes the twist that explains ALL of these inconsistencies...
But it's not enough.

The twist explains all of the physical inconsistencies - the gravity, the instantaneous communication, the radiation storms - but it does so by creating a dozen other psychological inconsistencies. It makes the research purpose of the Ascension project unbelievable; and it makes the colonists on the ship look like the biggest chumps in the Orion Arm of the Milky Way. It's also a "twist" that's been used dozens of times in science fiction, from The Twilight Zone to M. Knight Shamalyan to a certain movie starring Jim Carrey. And it means that the writers never had to do any serious, deep thinking (or even research, or just reading some frakkin' Robert Heinlein) about what a real multigeneration space mission might require. (And there, I've let the cat out of the bag. Sorry.)

This is the reason that 2001 is a classic, but Ascension will vanish in a puff of smoke: Because Kubrick and Clarke played space travel straight, and tried to figure out the real details of life in space; but the producers behind Ascension have tried to shaggy-dog it all away.

And that means that despite the production design, the actors, and the general feeling of gravitas, this show is still mired in Syfy's Muddy Rut of Dumb...about which more soon.