A New York of the Mind 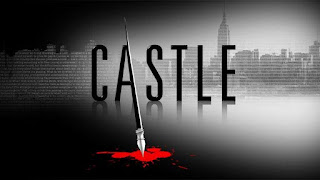 When you're sick, you watch TV. And when you have basic cable, you watch a lot of Castle.

It's a sort of Odd Couple meets Starsky & Hutch cozy murder show, with Nathan Fillion (star of Firefly and popularizer of the Fillion no-bake cookies I use to meet my social obligations at parties) and other attractive actors and actresses (e.g. Fillion's co-star, Stana Katic).

I like it. It takes place in a New York of the mind.

Castle (Fillion) is a bestselling mystery writer who lives with his mom (the inimitable Susan Sullivan) and daughter (Molly Quinn) in a Soho loft. So far, so good - incredible, but not wrong. I mean, you do have to be a millionaire to afford a loft like that. But...

Sometimes Castle drives his daughter to school so she can get there on time.
There are factories and abandoned homes...in Manhattan.
Poor and middle class suspects own their own cars.
Apartments have backyards.
Irish mobsters are everywhere, and Hell's Kitchen is dangerous.
Russian mobsters run an illegal card game in Manhattan's Chinatown, instead of Brighton Beach.
Three of the four crime-solvers on the show are NYPD detectives - but you never see one of them eat street food.
It's also fairly easy to stage corpses in elaborate and macabre positions in the middle of Manhattan without anyone noticing.

I love this show. White Collar too - for the same reasons.
I think the writers are doing it deliberately, as a goof.

Did I miss anything on these shows? Let me know.
Posted by Ted at 7:43 PM