Remember how I said I was going to open up the blog a little? It was for stuff like this:

Except, of course, that it isn't against the law for a congressman to be born in another country; it is against the law for the President to be foreign-born. John Boehner, Ruth Bader-Ginsburg and Rick Perry could all have been born in Serbia, and they'd still be lawful US officials. If you really wanted to prove that Birtherism isn't racist, you'd have to subject another presidential candidate to it. A white presidential candidate. Like, say...Romney. When the Birthers do that, we'll know they're not racists.

This is a beautiful example of the logical fallacy known as the False Equivalence. Of course Newt, who never tires of telling us that he's a PhD, knows it. I'm not surprised that he did it. I am surprised that he could whip it out that fast: not crafted in an op-ed, but apparently spontaneously, in a casual response to a reporter...that's sharp. Sharp indeed. Newt is a very clever boy, who's clearly been practicing false logic for a very long time. He's also a natural segue to the subject of the Sophists of Athens - soon to come in another post.
Posted by Ted at 10:44 AM No comments:

Let's Open This Up


When I started blogging, I kind of intended to talk just about things related to fantasy, history, science fiction, and The Wrong Sword. But you know what? Heck with it.

I am vast, I contain multitudes. I'm going to blog about whatever sets my little heart a-flutter, from Melissa Rauch to deconstructionist textual criticism to the latest goonery and thuggery  from our Fearless Leaders. (See if you can guess which FLs I'm talking about as the posts progress...)

By the way, j/k about that deconstructionist thing.
Posted by Ted at 10:16 AM 1 comment:

Email ThisBlogThis!Share to TwitterShare to FacebookShare to Pinterest
Labels: commentary, personal, this blog

I hope that blog hop worked... 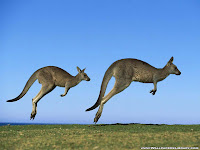 Hoppity-hop.
Was it good for you?
Let me know in the comments!
Posted by Ted at 5:09 PM No comments:

If this is your first time here, then welcome to The Sword That Nagged - which is all The Wrong Sword, its sequels, and the other stories I'm working on. Some of my biggest interests are writing (one would hope) fantasy, science fiction, comedy, history, politics, philosophy, love, death, sex, violence, poetry, wine, the human condition...

I also like contests, by the way. So here's one:
Follow me by clicking on the "Follow" bar on the right, and you'll be entered to win a free e-copy of The Wrong Sword. Check it out: 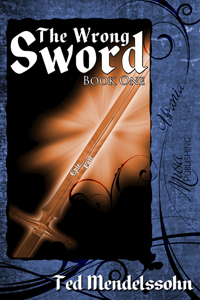 For a thousand years, Excalibur has been the sword of heroes.

Unfortunately, its new owner isn’t one.

Henry of Sanbruc, medieval smartass, makes a pretty good living selling "magic" swords to gullible knights. When he's forced to steal the real thing from the Chapel Perilous, his troubles are only beginning: For Excalibur is not just the sword of heroes...it’s also the sword that won’t SHUT UP. It communicates with its owner, it knows what kind of owner it deserves, and Henry doesn’t even come close.

To keep Excalibur and the world safe from the appalling Geoffrey Plantagenet, Henry will have to masquerade as a knight, crash a royal wedding, rescue a princess, break a siege, penetrate the secrets of the Perilous Brotherhood, and find Excalibur’s rightful bearer, all while trying to reach an accommodation with a snotty, aristocratic hunk of steel that mocks him, takes over his body, and keeps trying to turn him into the one thing he hates most...a hero.


Pretty sweet, no? You can also friend me on Facebook.

And gang, while you're checking me out, and the other neat authors from my publisher, do remember the troops, past and present. We owe them so much.
Posted by Ted at 1:17 PM 9 comments:

Blog Hop! Get Ready for the Weekend

The Blog Hop is coming - a chance to get a look at a whole bunch a' new author/bloggers - my fellow writers from Musa Publishing.

The hop goes live on Friday.

There's nothing like standing on a street corner in Brownstone Brooklyn and yakking about science fiction. Really, try it some time.

So I was talking to my buddy S. (who will be coming out with a YA dystopian in a year or two that will knock your socks off) and we got onto the topic of escapism. S. made the point that spec-fic fans are damaged. (Now, before anyone gets huffy, bear in mind that S. is a fan, she writes the stuff, and she will cheerfully cop to being damaged herself...even though anyone who met her would see just a cool, good-looking chick in her early 30s who is totally in charge of her own life.) Her point was that spec fic is about escapism, if you need to escape on a regular basis you're unhappy in your life, and that unhappiness indicates or is the result of damage.

Four or five years ago, I would have fought this. I would have said that some people just like F/SF. I would have said that it was a stereotyped statement. I would have been King Denier. But now, I think she's right, and I'm okay with it. Because you know what? We're ALL damaged. Not just the F/SF fans. The romance novel industry makes science fiction's revenues look like chump change. And how about all those folks reading detective novels? What about action movies, TV police procedurals, American Idol?

Maybe some kinds of escape are better than others. Maybe escaping into (say) a novel that invites you to think about the universe in new ways is better than escaping into a novel in which technology just offers you new ways to be more powerful and take your revenge on others. Maybe stories that reinforce passivity and power-worship...>cough< Twilight >cough<...are immoral, but novels that make you think, even as you're escaping, are good. What you might call a book "with its heart in the right place."

Holy wood pulp, Batman - it looks like there might be actual hold-in-your-hand books forthcoming from my publishers. But here's the catch: They'll be promotional copies. So I have to figure out how many we'll need...
Posted by Ted at 10:32 PM No comments: 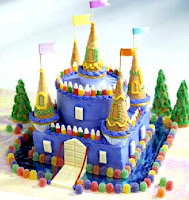 It's a food that's been made to look like something else.
Fish prepared to look like a roast. A castle of cake, with battered battlements and glazed-honey gates. A meatloaf hedgehog. You get the idea.
When I was in film school - a long time ago, in a galaxy far, far, FAR away - they ran a class in special effects where the term ended with a soteltie feast. As I recall, one fellow came in with ice-cream cones that were actually made of mashed potatoes and french fried potatoes...the cognitive dissonance was pretty intense.
Back in the medieval day, before wedding singers and stand-up comedians, sotelties were one of THE big entertainments at feasts. Because of the Church's fast day restrictions on eating, it became the custom to make permitted foods, like fish, look and taste like forbidden foods - like meat. That evolved into food sculpture. And then, as "entremets," to mean any entertainment between the courses of a meal.
In fact, you could make an argument that the return of drama to Western culture began when someone dressed up cod to look like beef stew...
Oh, here are some soteltie recipes. If they turn out well, let us know. If they turn out badly...we're completely not responsible.
Posted by Ted at 8:36 AM No comments:

One of the great Medieval Islamic scholars, engineers and inventors. By the time The Wrong Sword takes place, he's a hundred years gone, but his work pops up now and again in TWS, Hero's Army, and City of Brass.

In The Wrong Sword, one of the goofier characters makes use of Alhazen's "camera obscura." In case you were wondering, it looks something like this:

Somewhere deep in the bowels of The Wrong Sword, dozens and dozens of pages past the Amazon "free sample" point, is my own little salute to steampunk. Except it's pre-steam, and pre-punk. Paleotech! There's the phrase. You heard it here first.

Anyhoo, there's a scene where poor Henry is locked up in a tower with the medieval equivalent of a mad scientist with dozens of goonified inventions, and I'd just like to take this opportunity to say that I didn't make up any of them. Brother Wiglaf the mad monk may not be putting these inventions to the purposes for which they were intended, but they were definitely part of the literature, as it were...even if the literature is about six hundred years too early.

One of those suckers is the Faraday dynamo. A real one looks like this:

But that's so boring! So, I took some liberties...

Get the Word Out!

I know, I know-
I'm just a bottomless sucking vortex of neediness.

But seriously - reviews are GOLD. If you read TWS and like it...YOU HAVE THE POWER.

We now return you to your regularly scheduled blog post.

Email ThisBlogThis!Share to TwitterShare to FacebookShare to Pinterest
Labels: my books, personal, The Wrong Sword, this blog

Today, our guest blogger is Peter Lukes, whose novel Perchance To Dream is now out. (Hurrah!) Peter is (among many other things) on the board of trustees of the Higgins Armory Museum, in Worcester, MA - a Mecca for those of us who are tourney enthusiasts, joust fans, or members of the sword-forging classes.


First, I’d like to thank Ted for inviting me to guest-post on his little piece of the Internet.  Since Ted’s latest release, The Wrong Sword, is a medieval fantasy tale that includes a rather famous weapon, I thought I’d discuss one of my favorite places on earth that also happens to be a museum of medieval relics.

It’s called the Higgins Armory Museum, and it’s in Worcester, Massachusetts. Higgins Armory houses over 4,000 historic items, a collection that includes arms and armor dating from Ancient Greece and Rome to Medieval and Renaissance Europe, with additional pieces from Africa, the Middle East, India and Japan. It has hundreds of swords, staff weapons, lances, and even some of the earliest firearms. Most notably, Higgins has two dozen full suits of armor on display, along with fully mounted knights on horseback. If that isn't enough, there is also plenty of artwork from the age of chivalry.
Read more »
Posted by Ted at 10:02 AM No comments:

I never wanted to be "that guy"-

-you know, the writer who writes about writing. WAY too meta. That being said-

For God's sake, people!
If you've written a hundred pages and the only thing that's happened is that your main character has grown to age six and been introduced to his uncle...then there's something wrong with your story.

YOU KNOW WHO YOU ARE.
I WILL NOT WARN YOU AGAIN.

Dream a Little Dream of Medieval

The Magical Worlds of Peter Lukes: Dream a Little Dream of Medieval
Posted by Ted at 10:52 AM No comments: