1. "The Wrong Sword" is now available on Amazon as a lovely 5"x8" paperback. It has a glossy, coffee-resistant cover and an impressive heft - perfect for killing spiders and acting as a coaster substitute. Buy it for someone you love: Me.

2. In a month's time, I'll be having an enormous super-giant (that's the technical term) ebook promotion in which the TWS ebook will be roughly half off. I will, of course, let you know when.

3. Finally, if you know of anyone who might enjoy TWS and hasn't heard about it, please pass the word along. God will surely smile upon you and grant you the winning lotto numbers.
Posted by Ted at 6:47 PM No comments:

The Rummy Centenary of Old Bertie

Today is the centennial anniversary of Bertie Wooster and his effortlessly superior manservant, Jeeves. For those of you clued in to PG Wodehouse and his comic masterpieces, here's a link to a few real-life Drones' Clubs around and about...

So here's the thing: Over the past few decades, it's become traditional to deride Kirk and William Shatner, if we discuss the original Star Trek at all. The Christopher Walken pauses, the hordes of alien women, the swagger.

Partially that's because fandom tends to be a young person's world, and if you're under the age of 40, the first "new" Star Trek you saw was Next Generation [shudder]. The original series, if you've seen it at all, looks cheesy, campy, very '60s, and most importantly - completely, exuberantly over the top. (Or at least, that's what fans of ST:TNG have told me.) And the first things that come to mind for younger fans are what Shatner, the working actor, has done since Star Trek - the Priceline commercials, the spoken word albums, the "evil" convention appearances, the toupee. 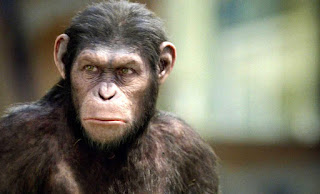 Am I missing any tropes?