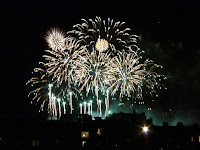 Yes, it's that time of year again, Hogmanay. When we don our mistletoe Speedos and Hogmanay drinking boots in time for the Hogman and his Merry Piglets to deliver drams of restorative single malt to all the good little child-free partygoers who have been extra happy this year.

Did you hold back your bestie's hair when she worshipped the porcelain god?
Did you snake the car keys from your wingman's back pocket when he went three over the limit in Tampa?
Did you update your clubtard Biffle's NYE sunglasses to 2016?

Then you will sip of the Hogman's best whiskey!
May your headache be mild and your hangover light!
Happy Hogmanay!
Posted by Ted at 1:47 PM No comments: 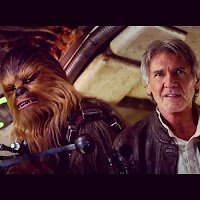 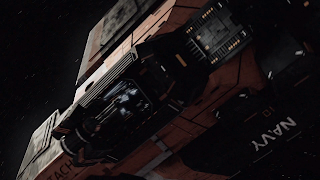 Some Paleo-SF References You Might Have Missed in The Expanse

The Expanse books were written by two hard-core SF fans. They not only know their science; they know earlier SF, and they are happy to throw in the occasional homage to Those Who Came Before. If you have absorbed all your sci-fi from ST:TNG and Halo, you might have missed a few of them. Here are some of the ones I've caught so far.

1. Larry Niven: Niven wrote a lot of excellent "hard" science fiction in the '70s and '80s. Some of it has been OTBE'd (Overtaken By Events) but it's still fun.
A. He invented the term "Belter."
B. He came up with the "Belter crest" - a high Mohawk to which The Expanse pays tribute with the topknot fades of Naomi Nagata and Detective Miller.
C. The "Forgotten Arm" mentioned by Miller when he interviews the prostitute in Episode 1 may be a reference to Niven's book The Long Arm of Gil Hamilton, about a Belter who loses an arm, has it replaced, but retains a body-image memory of the old arm that he can use for telekinesis...invisible, and very dangerous. (On second thought, this one seems a little tenuous for me.)

A Quick Note on My Note on "The Expanse"

By now, Syfy has managed to garner a lot of very positive buzz from reviewers for The Expanse. I don't begrudge them that. I think making the first episode as widely available as they have - not just on their website, but for free on-demand viewing across cable providers, etc. - is both clever marketing and a nice gesture to potential fans.

But to be clear: The pro reviewers have seen (I believe) the entire first season of the show. I'm not one of them. My opinions so far have been based entirely on the only episode I've been able to see - Episode One. As the show progresses the opinion may change, mutate, become more refined, or stay completely the same. 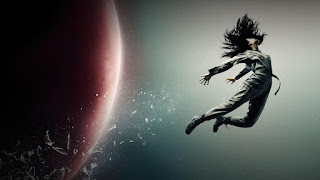 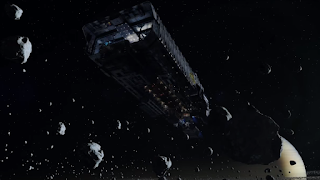