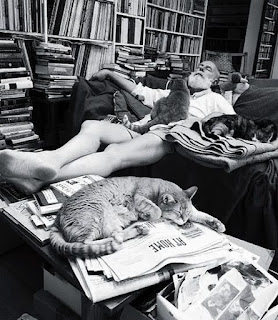 Edward Gorey, at home with his favorite things.
I know, right?
Posted by Ted at 9:31 AM No comments: