Here's a chunk of my #WIP, which I hope is appropriately dark...

I stepped inside and swayed. I wanted to hold my breath, but I knew it wouldn’t help. The salty bowel reek of Corruption drifted on the breeze, the product of decades of misery and cruelty and willful blindness. Tonight’s festivities would just frost the cake.
The guests drifted down the crumbling hallway, stepping over years of dead leaves and soil, plaster and broken brick, to an enormous hexagonal atrium with a spiral staircase in the center. I felt wards and sinks under my feet, working overtime to drain away the bad mojo and stop anyone with the power from doing something unwise. Dance music boomed from behind the staircase; in front of it was a low platform lit by spotlights. A magic circle had been laid out around the platform in silver wire, and signs in yellow chalk were scrawled all over the platform itself. I tried to read them, and shuddered. Some looked like gibberish; others were versions of the Angels’ Letters, deformed to facilitate the ritual. The atrium floor might have been a dead zone, but the platform was active – and sick.
A DJ’s voice boomed out. “First come, first come, here it is.”
The lighting shifted to purples and blues, the music became a loud breakbeat, and a quartet swaggered onto the platform like a boxer and his cornermen. But here it was two truck-sized goons in shiny suits, followed by a man in a monk’s robe, and flanking a scrawny boy who looked like a Goth groupie in a long black shift, pallid skin, and teased black hair. The audience applauded and he stared back defiantly before spreading his arms. The goons grabbed his shift and tore it from him, leaving him naked. The crowd didn’t applaud that. They weren’t here for burlesque.
He was tattooed, and his nipples and penis were pierced. The goons removed the metal swiftly. He didn’t flinch. Then the robed man raised his hand and muttered, and the goons held the Goth’s arms. The boy whimpered and cried out as the tattoo ink leeched from the skin of his arms, feet, and torso, and dripped to the floor.
Once the ink was gone, the goons let him sag into the heavy iron chair at the platform’s center. His eyes were closed and he was breathing deeply as the goons strapped him in. The pseudo-monk produced a pot and a whisker brush from inside his robe and drew signs on the boy’s forehead, chest, and belly in black ink.
Fake Monk stepped back and spread his arms and invoked…something. It was almost the Tongue of the Gate he used, but blurred and distorted, with different accents and rhythms.
That fast, Something was in the hall with us humans. Magus or not, you felt it – I could see it on the faces of Vic and my dad and the crowd around us. A presence huge, and inhuman, and…eager.
It reminded me, a little, of the Mayor of the Second Palace. There was that sense of cosmic distance. But the Mayor had drawn near to humanity like a dolphin in the surf; it had worn our face, out of affection. This thing was from no sunlit bay. It came from the abyss outside the Created Worlds, alien as a sea spider. I couldn’t know its purpose, but I knew it should have had nothing to do with Man.
The presence filled the hall, waiting for the chance to manifest. Fake Monk slammed his hands together, mouthing a single word, and Goth Boy screamed.
For half a second.
Then he rose from the chair, supple and graceful as an octopus in deepest water. His eyes were pure black. His arms reached out, returned, played bonelessly over his legs, his crotch, his torso.
“Ask me,” came the voice of the Presence. “Ask me anything.” The words had the lilt of an FM deejay, but the overtones were the inhuman warbles and moans you hear from deep-space radio objects.
The crowd went wild.
The guests crowded up to the line of silver. I worried for a moment that they would break the circle and release the thing, but instead they spread against an invisible wall like a horde of mimes.
“Let me talk to my dad!”
“What will the Exchanges be tomorrow?”
“Where is the Green Knight of Eris?”
“Who is the Ruined Child?”
One by one, the thing in the boy’s body would point to a guest. The guest would approach, and they would speak to each other. The words would sound like English, but no one could understand them but the Thing and the guest. Then the Thing would smile and the guest would step back, looking suddenly frail and frightened and old…and another guest would ignore that look and step forward in the first one’s place.
With each guest that stepped up, the stink in the room got a little worse. With each question, Goth Boy grew weaker. His pallor shaded to snow white. Green-black veins appeared in his arms, his cheeks.
“We could stop this right now,” said my father, meditatively. “We could leave the device and go. It would be worth it.”
“Dad? What device?“
“Focus, sir,” said Vic. “It’s only for emergencies.”
“I know. I know.”
“Dad-“
“Later,” said Vic. “Let’s spy. That’s why we’re here.”
On the platform, Goth Boy shuddered and collapsed, black bile dripping from his mouth. He twitched as the two goons hauled him upright, wrapped him in a survival blanket, and broke the circle.
The Presence was gone.
The crowd applauded wildly and the music started again. Fake Monk stayed on the platform, stretching like a wrestler between bouts. I picked my way carefully around the room, through the alcoves, past the pillars and doors, listening hard.
Posted by Ted at 5:32 PM No comments:

I'm a member of BSFW, one of the best damned spec-fic writers groups anywhere. I've been providing some content for their Twitter feed, and maybe, just maybe, it might be useful to you blog readers. Let's read, shall we?

Today, a writing tip about finding material to inspire you: Don't get locked into the familiar.

1. For instance, if you live in North America or the British Commonwealth, see what's happening elsewhere. Not just events and histories, but what people are writing. 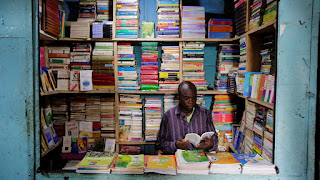 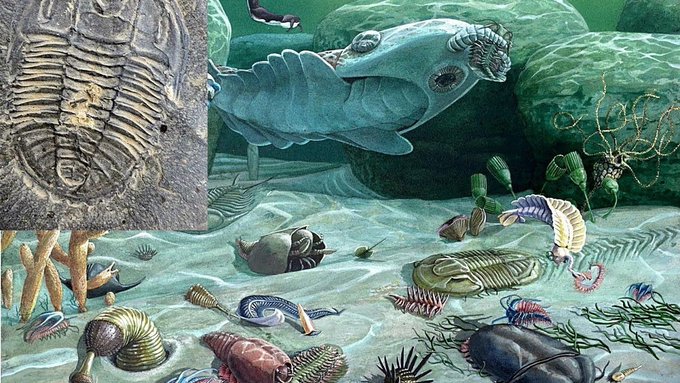 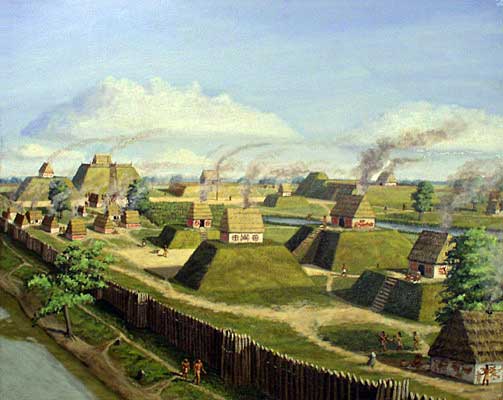 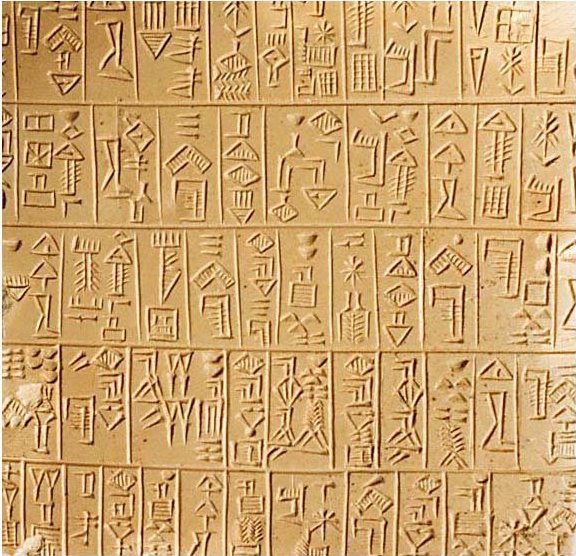 If you're feeling uninspired, look where you didn't look before.
Posted by Ted at 7:22 PM No comments: