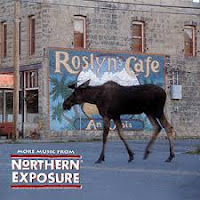 Yep, time to put up another spec teleplay from the '90s. This one was for Northern Exposure, and I was actually pretty proud of it; I thought I caught the tone of the show.
Click here to read.
Hope you all enjoy it.
Posted by Ted at 10:40 PM No comments:

NASA Just Released All Its Research Online for FREE, And-

-I had to learn about it through BRITISH media, not United States sources.
Here's the link to the NASA site.
British media, not American. SMH. We are truly a no-good, ignorant-ass nation. Why do we cooperate in making ourselves more and more stupid?
It is a mystery.
Posted by Ted at 10:04 AM No comments: 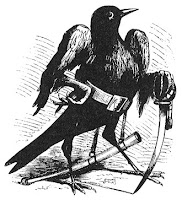 I am now at 60,000 words of the first draft of Conjure Man, my contemporary fantasy.
For some perspective, the word count for traditional paperback novels hovers at around 80,000 words. The Wrong Sword is 95,000; Murder on the Orient Express is 66,000; The Hobbit is 95,000 (although it feels like less); and Fahrenheit 451 is only 46,118. More contemporary novels (especially bestsellers) tend toward length.
Anyway, I'm basically halfway through.

My protagonist has discovered that there's a terrible secret, but he doesn't quite know what it is, yet.
He's about to meet someone who might clear it up, if he weren't lost to booze and madness, adrift on a mega-yacht in the Mediterranean.
There's also a question game involving demons and forfeits.
And maybe magical party drugs.
So...
You know...
Fun.
Posted by Ted at 10:30 PM No comments:

Creationists have always flummoxed me. Back when I was a story analyst in Hollywood, I had a boss at a big talent agency who was a serious evangelical Christian. The Boss Who Shall Remain Nameless actually told me that science and technology didn't matter. She said this while sitting in an office with the latest computer on her desk, with soft dichroic lights shining down and the fierce Los Angeles summer heat kept at bay by clever manipulation of the laws of thermodynamics. Her entire life, from a career in an industry that wouldn't exist without technology, to the birth of her children,  to the car that got her to the office, to the vaccines that protected her from polio and tetanus, relied on science. But science didn't matter.

What did matter? The "pleasant poetry of Genesis."

Now, I'm a Jew. And from a strictly parochial standpoint, I'd like to point out that
1. Jews wrote the Book of Genesis;
2. The original is in Hebrew, our language; and
3. Even WE don't take it literally.

Really. There is an ancient principle in Judaism that states that "the Scriptures speak in the tongue of Man" - in other words, the Bible uses metaphors and parables to describe sacred realities that human beings aren't prepared to completely understand. So we are nowhere near dumb enough to believe that one must take the Garden of Eden as the literal truth in order to be a faithful, believing Jew - or Christian, for that matter.

Now, considering how science has enriched all of our lives, and how megachurches and Christian broadcasting networks would not even exist without it, I'm continuously astounded by Creationists. They sit surrounded by the proof that science works, basing their entire lives on technology, the daughter of science, and then simply abandon it when it points to a conclusion they find distasteful.

O foolish people, and without understanding! Who have eyes, and see not; who have ears, and hear not! - Jeremiah 5:21
Posted by Ted at 10:26 AM No comments:

Wired has endorsed Hillary Clinton.
And Scientific American has condemned Donald Trump.
Neither one has endorsed a presidential candidate before. Not ever.

So if you support science, technology, and, well, facts...you know who to vote for.
Posted by Ted at 11:01 PM No comments:

It's no secret that I, like most folks, am not a fan of Candidate 345, aka Donald Trump. (BTW, "345" stands for three marriages, four bankruptcies, five draft deferments - not exactly the markers for a responsible life.) However, this is a NerdBlog, and for the most part I've tried to keep politirants out of it.

Something occurred to me recently, though, that deals with a pretty nerdy topic: apophenia, the tendency to perceive meaningful patterns in random data. It's what gives us faces on Mars, conspiracy theories, and the "Hot Hand" fallacy. And I think that political journalists, whether they are for, against, or detached from Trump, have been epic apophenists.

It occurred to me while I was reading this Politico.com article about Trump speaking at a rally in Connecticut. The author, Katie Glueck, seemed 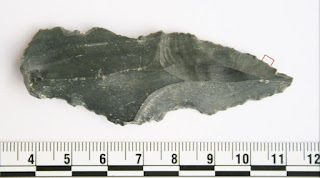 Neither can I.
Much respect, my prehistoric brothers.

Rarely, Rarely Do I Shill

But this is so goofy, you might want them.
Especially if your home is already decorated in '70s retro-future.
Posted by Ted at 12:06 PM No comments: