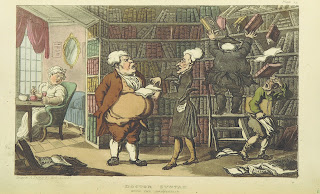 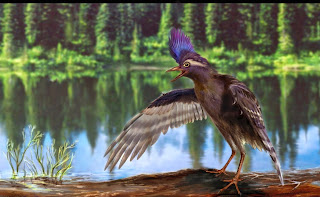 Spring has finally sprung here in the Big Apple, and in Spring a young man's fancy lightly turns to thoughts of...sauces.

Yes, sauces. A lot of medieval recipes - at least in that famous french cookbook, Le Viandier - are little more than "Take fish/meat X and cook in sauce Y." So make your sauce...or at least reconstruct it. Here's a list of "unboiled sauces" from Le Viandier [Prescott translation]:

To make Cameline Sauce:
Take ginger, plenty of cassia, cloves, grains of paradise, mastic thyme and long pepper (if you wish). Sieve bread soaked in vinegar, strain [through cheesecloth], and salt to taste.

Cassia is related to the "true cinnamon" of Sri Lanka - in fact, it's what you probably had the last time you had "cinnamon" if you live in the US.
Grains of paradise is related to ginger; the ground seeds give a peppery taste that also has hints of citrus. Fancy-ass brewers put it in beer sometimes.
Mastic thyme is a variety of Iberian thyme, T. mastichina.
Long pepper is similar to, but hotter than, ordinary black pepper.
Verjuice is a "highly acidic juice made by pressing unripe grapes, crab-apples or other sour fruit," says Wikipedia. Think of it as the sour medieval cousin of vinegar.

Must is...well...think of it as grape juice with all the bits of the fruit still in it.

So, so much for the idea of medieval cooking as bland, simple, and nothing but roast meat. (At least, not when nobility is involved.) Cameline sauce sounds like a spicy, exotic, peppery/fruity kind of thing. Interesting...

Some months back I embarked on the Coffee Quest to find which brew methods would give me that perfect cuppa. Obviously, the Great Work is nowhere near completion, but I can give you the following preliminary finding: 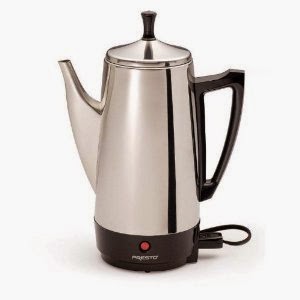 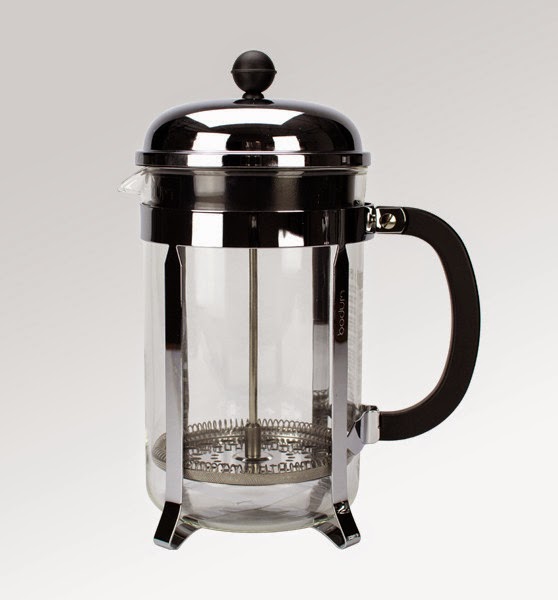 Yep, in terms of flavor, the famed French Press is good, but it delivers about the same richness and complexity as an old-school Mad-Men style percolator. Coffee ritualists might find the process of using the French Press more gratifying than the percolator - boil, wait, pour, wait, stir, wait five minutes, slooooowly press down - but the flavor is similar enough for Yours Truly to score them equally.

Obviously, this one is mere personal preference. But to me, the Colombian and Indonesian beans have a sourness or fruitiness to them (which I'm told indicates acidity). I don't care for that. I like the more bitter (but not burnt-Starbucks-bitter) taste I've found in dark roasts - especially Trader Joe's Bay Blend, which is now my go-to.

HOWEVER - In my occasional obsessing about coffee, I stumbled across this column on Gizmodo, which suggests that sourness is the result of under-extracting coffee, and bitterness comes from over-extracting. Could it be that these beans are simply not quite right for the one-size-fits-all instructions you find on the side of the box that the coffeemakers come in?

PS - Needless to say, I grind my own. With a burr grinder. Coarse grind for both. So let's eliminate that variable here and now.
Posted by Ted at 10:44 AM No comments: