Before Hogwarts, There Was Greyfriars 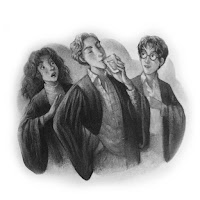 Today is the 20th anniversary of the Potterverse. Twenty years. Wow. Cheers!

I was too old to be swept up by Pottermania when it conquered the world, but if I had read the books when I was younger, I can easily believe they would have colonized my mind, laying eggs in my imagination like some conceptual xenomorph. So brava, Rowling! Brava!

And from a fellow writer's perspective, I've always been impressed by Rowling's skills. It's fashionable among uber-nerds to get all critical-theory and talk about cliches and overused tropes and blah-blah-blah. But a trope gets used because it works, and cliches don't start off that way. Katherine Trendacosta over at i09.com has written a handy article that makes those points and a few others.

But most bloggers usually overlook the real wellspring of Hogwarts: the school story. The school story isn't just a story set in a school. Clueless isn't a school story; neither is The Perks of Being a Wallflower nor The Betsy-Tacy High School Stories nor anything by Judy Blume. In fact, the school story as a genre had been dead for thirty years when, in 1997, JK Rowling brought it back to life...with magic. 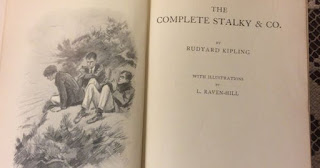 To really understand the school story, you need to read some Orwell (sorry) - an essay called Boys' Weeklies. (And you could also read the book that started it all, Tom Brown's School Days, or the one that kind of stood it on its head, Stalky & Co.) Basically, school stories are set at British boarding schools in the Victorian and Edwardian eras. They're told from the point of view of the students; there are student intrigues, student types, sports madness, hallowed halls, prefects and houses, nasty teachers, sympathetic headmasters, and a variety of other tropes that get heavy use...any of this ringing a bell?

The school story was ultimately brought low by changes in British society - especially the collapse of the elite class assumptions that made the school story so appealing to so many readers who would never meet a baronet, let alone study at Eton. But for almost a century the genre was popular enough to support more than a dozen weekly magazines, not to mention novel series and movie and radio adaptations. In fact, Greyfriars, the setting of the school stories available in The Magnet, (which ran weekly from 1908 to 1940) had the same allure to readers that Hogwarts has today. There were maps of the school, detailed bios of the characters, notes on school history, a veritable Potterverse of subsidiary information.

The dissolution of the British Empire seemed to be the death blow to school stories. But then, when it looked like the genre was condemned to a ghostly afterlife attended only by literary scholars, Rowling substituted magic for the British class system, and brought it back to life. One genre writer to another, she is my hero.
Posted by Ted at 4:20 PM No comments:

Rockets and Space Suits and Blasters, Oh My!

The Dead Speak From the Mists of History - Primary Sources!

I'm getting tucked into Hero's Army, the sequel to The Wrong Sword. Among other things, HA deals with the Third Crusade. Here are some of the things I've researched:


I will probably do none of them justice, because you know...I'm a sloppy wiseass. That being said, I did uncover some interesting primary sources. What is a "primary source," you ask, as opposed to say, a secondary or even tertiary source?

A primary source is a document (or other informational artifact) from the time period you're studying - like, for instance, a letter from Queen Eleanor of England to Pope Alexander III. A secondary source is an analysis or distillation or retelling of primary sources, like a history textbook. As an author, I love primary sources. You are guaranteed to pick up details about how people thought, lived, and spoke that most historians neglect. Weird turns of phrase, odd biases, the tiny details that convey, if not fact, then verisimilitude.

Turns out there are some neat primary sources on the Interwebz. Here are some of my current faves:
Posted by Ted at 8:42 PM No comments:

So the Romans Were Gamers 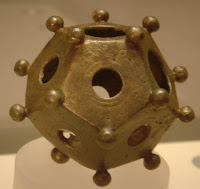 Is that a twelve-sided die I see?
Well, not really. But it IS kind of interesting.

"Will nobody rid me of this troublesome priest!?" screamed Henry II of England within earshot of four of his most eager minions - and that was all she wrote for Thomas Becket, Archbishop of Canterbury. Henry's hench-knights rode to Canterbury Cathedral and gave the soon-to-be-saint a case of terminal steel poisoning.
And now James Comey brings it up to describe 45's Mafia-style weasel wording.
Color me impressed!
Posted by Ted at 10:42 PM No comments: