The storage warehouse's basement smells of mold and motor oil. Sand lies in uneven ripples across the cement floor. I brought work gloves with me, but Ray at the counter has a box full of latex gloves and I use those instead. I like my work gloves, and considering the crap that came in with the water when the East River storm surge hit, I might ruin them for good.

I've been keeping a bunch of boxes in storage in Long Island City since I moved back East from Los Angeles. When Sandy hit, the basement flooded; I've only now been able to come back.

I come down the industrial elevator, and unlock the unit. I had packed everything in tough blue plastic tubs, about 2 and half feet high, three wide. At first, I think I'm lucky - I crack open a lid and run my penlight on the stuff inside. It's clothing. It's dry. Then I realize that the tubs aren't all safely stacked. Some of them are tilted, askew. I open one. On the top sits a bush hat, a gift from my parents. The hat's snap button has rusted through the fabric. I can smell the mildew. Below that, a Hebrew bible, a prayer book, both mold-eaten mush. I'm not religious anymore, but I was brought up to think of those books as sacred. Now they're rotting. Then paperbacks, favorites, stuff that's hard to find: Harlan Ellison's Watching; Zelazny's Creatures of Light and Darkness, with the original psychedelic 70s cover; John Brunner's The Compleat Traveller in Black; a biography of Sergei Eisenstein that I searched for for years; Eisenstein's Film Form, with the essay that I recommend to every writer; Orwell's Selected Essays.

Then it gets worse. All the notebooks I saved from college. A notebook from grade school, with the Hebrew letters scrawled carefully from right to left. The records I kept of the movie I produced in film school. My clippings from the Columbia Spectator, and the Journal of Commerce and the Business International Money Report; my workbook from the one class at USC that was truly mind-expanding. The tassel from my high school graduation. My past, such as it was.

I'm so much luckier than so many other New Yorkers.

I'm kind of on a Roger Zelazny kick right now, so I'll keep going with one of his lesser-known works, Jack of Shadows. I won't go into detail, except to say that the anti-hero, Jack, is a thief who has made a lot of magical enemies, including his mortal foe, the Lord of Bats. Since "darksiders" like Jack and Bats have a knack for returning from the dead, the Lord of Bats has decided to lock up Jack for eternity. After finding a way to escape from the escape-proof prison, Jack pauses in his flight to deliver a little revenge speech. Now, bear in mind that Zelazny held a master's degree in Elizabethan and Jacobean drama - a genre that abounded in bloody tales of revenge. You might say he was a revenge professional.

"You are henceforth and forever an outcast, Jack. Count no darksider as friend." 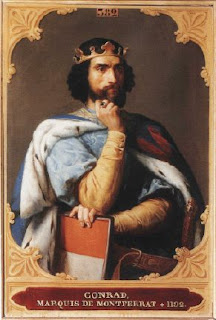 As in "just give me this one departure from fact, and I'll spin you a tale that will blow your mind." It's a staple of all fiction, but it crops up the most in F/SF.

There is an economy of the Gimme. Don't use one more than once a story. It should have ramifications. It should generate surprises. It should allow for wonder, shock, recognition, laughter, sorrow.

It wasn't about the free stuff, Mitt (political rant)

It wasn't about the free stuff, Mitt - we just didn't like you.

We didn't like the way you flipflopped like a gaffed salmon. We didn't like the brazen way you did it, or your Etch-a-Sketchin' aides, or the way you ran from your biggest achievement in the primaries (healthcare, by the way, not LBOs), only to circle around and try to take credit for it again in the general election. To us, it looked like more than cynicism - it looked like contempt for your fellow Americans. Did you think we wouldn't notice? Or that we wouldn't care?

We didn't like the stories of you as a high school bully. It would have been one thing if you had owned up to it, demonstrated an understanding of what you had done, and apologized like a man. Instead, you weaseled away from it, like a politician.

We didn't like the outright lies, like that commercial about shipping car production to China. Neither did GM - car company repudiating a Republican candidate? First time ever. (See Paragraph 2, above, "Did you think we wouldn't notice?")

We didn't like your belief that a low capital gains tax is sound economics, but low interest on college loans is a handout.

And finally, all of us moochers didn't like your selective blindness to your own free stuff: an exclusive, expensive education; guaranteed connections to powerful networks of friends and family; access to family loans for, say, a first house. We didn't like your blithe assumption that the poor are poor because they don't share your work ethic, as opposed to not sharing your head start. Yes, you worked hard. So do janitors, administrative assistants, porters, waiters - we ALL work hard. Do you really believe that breaking up companies does more for this country than nursing?

Up on Another Site

Holly's Bargain Books!
Posted by Ted at 8:35 PM No comments: 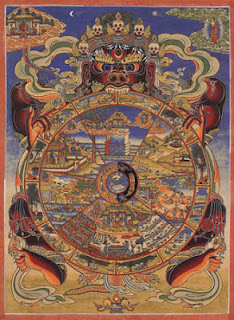 How much would it take to storm-proof New York?

Interesting article in the Atlantic.

The storm surge barriers are pretty impressive. What is it about the really big civil engineering projects - they always feel like they're just on the cusp of science fiction.

Someone saw reason at City Hall.

At the best of times, the marathon is a mixed bag for NY residents: great and a fun thing to watch (or even do) once or twice. It boosts tourism. It also snarls traffic hopelessly, packs the sidewalks, and turns otherwise quiet neighborhoods into bedlam. Worse, it demands an increased police presence, increased sanitation, increased engineering and transit presence, and so on. Meanwhile, there are still big chunks of the city without power. My take is that when they decided to go on, the mayor's office hadn't really understood the extent of the damage.

ETA: The marathon boosts the NYC economy by $350 million a year. Understandably, that's a lot of bucks that might be used to help recovery efforts. But that's money that only goes to emergency services partially, indirectly, and over time, in the form of taxes. And what of all the businesses that can't take advantage of the marathon, because they have no power? Closing it - still the best decision.
Posted by Ted at 8:38 PM No comments:

The Trains Are Running Again

A bit.
Above 34th Street.
But that in itself is a big thing. I actually went into the office.

But many lines are still closed, and the real killer are all the lines that link the different boroughs. (For my non-US readers, New York City has five divisions, or boroughs, and only two of them - Brooklyn and Queens - are NOT separated by water from the others.) It really drives home the point that even with the "Outer Borough Renaissance," Manhattan is still the center.

Still long lines outside of Trader Joes. But by Tuesday, people were already eating in restaurants on the Upper West Side of Manhattan.

I got lucky. My family and friends got lucky. But everyone who got lucky knows someone who didn't.
Posted by Ted at 5:20 PM No comments:

- called "Writing Scientific." Check it out here.
Posted by Ted at 7:27 AM No comments: