Not Meant To Be Mythic

I was in Venice the other day, strolling past the Basilica of St. Mark's - as one does - when I stopped in at the Doge's Palace. 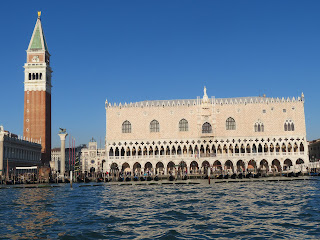 The place is mind-blowing. Not just for the quality of the decoration, but for the sheer amount of insanely detailed murals that cover the walls, the ceiling, everything. 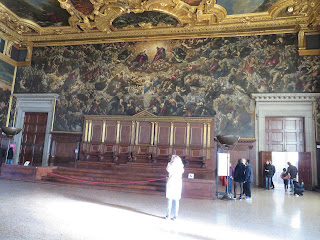 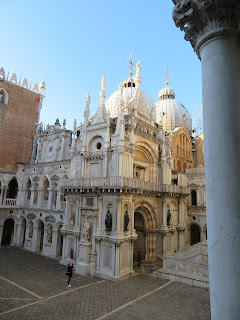 But despite the crazy magnificence, the stuff inside is...chilling. Because the Republic of Venice was *not* a democracy, because it invented mass production centuries before the Industrial Revolution, and because this gave Venice control of the Eastern Mediterranean for the next 400 years.

At the height of its power, Venice was able to produce an entire warship - from hull to sails to oarlocks - in a single day. [For other realms, a warship took months.] Venice had reserved forests on the mainland for timber, mines for iron, copper, and tin, and developed assembly lines Henry Ford would have envied to create hulls, sails, powder, and shot. Its rope-making was so efficient that it sold the excess to other maritime powers. It also locked up residents it considered to be vital to its commercial interests - like glassmakers and Jews. [Venice invented the ghetto as well as the assembly line.]

And it mass-produced the items that we fantasy writers think of as unique artisanal products: swords and armor. Take a look at the pommels of the swords in the Venetian armory. Look at the black-powder pistols. Look at the helmets. Mass-produced, all of it. No individual flourishes. Not created by some mythic craftsman, but by assembly lines. And all the more deadly for it.