Yes, there was an explosion.
No, I didn't see it. It was two miles away.
No one was killed. Thank God.
Yes, it was a bomb set by some inbred POS. His highest achievement in life was to use Internet instructions to build an IED out of a pressure cooker. That is all he ever contributed to this world, and all he ever will contribute - because he showed up on video cameras, and he will not be able to hide.
And tomorrow I will go out and take care of my business, because this is New York City. And unlike Kansas, Louisiana, and Tennessee, where they piss themselves about ISIS and shriek about Mexicans and pass laws about sharia *without having to face terror themselves* - I know that the appropriate response is to go out, deal with my fellow citizens, and let the cops find that one devolved shitstain who thought this was good idea.
Because that's what people do when they're adults, and not shrieking baboons.
Posted by Ted at 8:29 PM No comments: 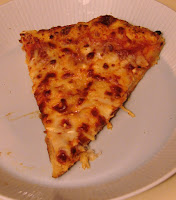