A Scrabbling in the Wainscot

Wainscoting is wood paneling for walls. It's also a term used by F/SF writers to describe a fantasy in which a magical world exists side-by-side or hidden within the mundane world...just as elves might be hidden in the wainscoting of the family manse. It's very common in contemporary fantasy: Harry Potter is a wainscot fantasy, as are Percy Jackson and The Dark Is Rising. The Dresden Files is a good example of wainscot urban fantasy for adults. In the YA classic The Borrowers, the main characters are literally (sorry) in the wainscoting. 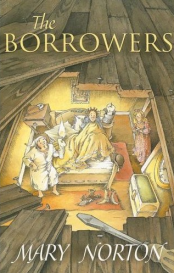 By contrast, Lord of the Rings is a "secondary world" fantasy - Middle Earth is its own fictional world, and isn't connected to the real "primary world" at all.

But my two fantasies are very much NOT wainscots. More after the jump-


Wainscot has some advantages. It lets you create a small, manageable secondary world that is still tied to the real one. You don't have to include a glossary, five pages of maps, or an explanatory appendix on the Great Houses of Salbidion.

Even better, a wainscot lets the reader hang with the cool kids. The hidden characters in a wainscot fantasy are almost never the ordinary, powerless folks; they're the ones with that certain extra something that lets them do amazing stuff. It's not the muggles who are hidden in Harry Potter. And you can get beaucoup mileage out of the secrecy and conspiracy and tension between the two worlds, if you choose. (Of course, HP actually didn't pursue that angle much; Rowling enjoyed the magical gimmicks that kept the wizarding world secret from the mundanes, but she wasn't much interested in the interaction between the two; all the cool stuff happened in the WW. Maybe it's because the series began with the classic escape trope...)

But try and imagine a real world, our world, with magic loose in it, and everybody knowing it exists. Take a moment. Think about it. How would companies exploit it? How would the FBI deal with it? How would ordinary people survive?

It all gets about a million times more complicated, right?

That's what I've been messing with for the last few months. Good times...
Posted by Ted at 5:43 PM