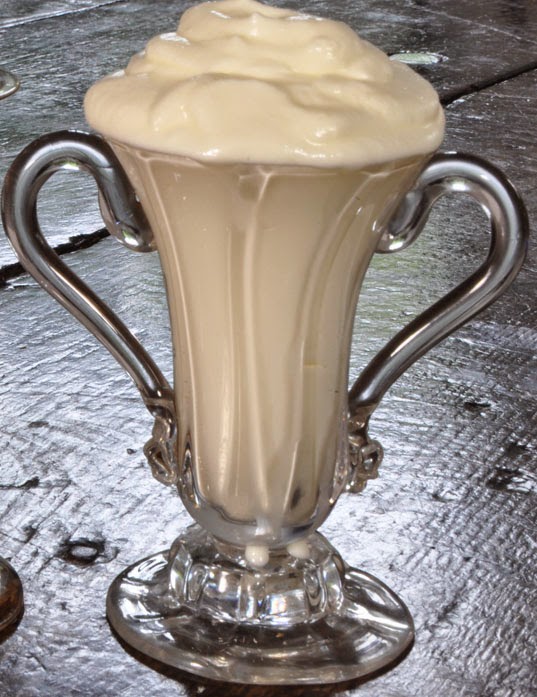 Sweeten it very well, then put a little of this liquor, and a little of the cream into a basin, beat them till it froths, put that froth into the syllabub pot, and so do till the cream and wine be done, then cover it close, and set it in a cool cellar for twelve hours, then eat it.(from Hannah Wooley, The Queen-Like Closet, London 1649)