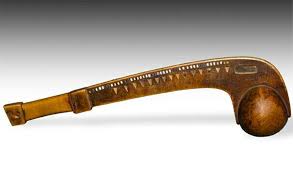 I never liked the Pilgrim stuff for Thanksgiving. It puts a pretty glaze on a dark portrait: Tisquantum [Squanto] was one of the few survivors of a plague unknowingly introduced by the Spanish; the Pilgrims adhered to a brand of Protestantism that implied the wealthy and powerful were favored by God; and there was a lot of starvation going on.

Meanwhile, 250 miles to the south, New Amsterdam was already a going concern and they could have landed there, prepared, and headed north...but nooooo, the Dutch weren't pure enough for the Pilgrims. Neither were the English. Neither was anyone, really. So half of them died in the first year, and they created a government so restrictive it forced people to pilgrimage away from that community and invent stuffies and coffee milk.

However, there's no reason in the world not to have a holiday just dedicated to being thankful and hanging out with friends and family. That's a pretty darned good holiday, in my opinion. So that's my Thanksgiving, and it can be yours, too.

Also, after you've cooked the turkey, dip a cheesecloth into the drippings and drape it over the bird while it stays warm in the oven. Keeps it moist.