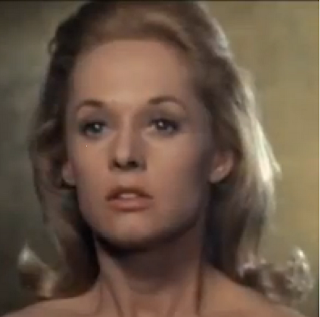 HBO's doing this docudrama about Hitchcock's abuse of her. Having met Ms. Hedren briefly, I'm on her side.

I was working as an electrician on a low-budget indie film (I never saw the finished product in theaters, but years later, in Vienna, I saw it running on a hotel TV under the title "Der Labyrinthen Der Leydenschaft"). Tippi was one of the supporting players. She still looked great, and she was gracious to everyone.

And that's it. Nothing more to say - although it was admittedly great for a recent film-school grad to be on the same set.
Posted by Ted at 9:46 AM